The strength of the SibA Folk Big Band (SibA FBB) rises from the collective creativity of close to fifty folk musicians. The sound of the orchestra is really special in these altitudes. The instrumentation contains fiddles, kanteles, accordions, guitars, wind instruments, harmoniums and singing. In addition, archaic instruments like bowed lyre (jouhikko), Jews harp (munniharppu) and Mänkeri (old clarinet instrument) bring their own nuance to the clang. All the instruments get their own moment to shine in the multifaceted program, but the festival starts when the whole big band sings and plays.

The orchestra was founded and started in guidance of Petri Prauda in 2010 as part of the operation of folk music department of Sibelius Academy. SibA Folk Big Band was awarded as the Band of the Year in Kaustinen Folk Music Festival 2012. Orchestra got the Etno-Emma award 2015 for it's first album FBB. The second album Quadrille from another life (Katrilli toisesta elämästä) was released in the beginning of the year 2019.

Each member is a player, arranger, multi-instrumentalist, soloist and ensemble musician as well as a skilled improviser! The orchestra performs without using a conductor or sheet music, with all the members communicating together in each given situation in a dynamic, rhythmic and expressive way, through improvisation and focus.

The repertoire of SibA Folk Big Band consists of traditional dance melodies and songs, teachers’ and students’ contemporary compositions and arrangements, and the ordered compositions. There are straightforward polskas, waltzes and schottisches played with irresistible going, which take you to dance. Besides, more atmospheric and meander tunes are represented by the various sparkling contemporary folk music compositions. The arrangements are also done together; often instrument groups make their own interpretation of their harmonies.

Despite our careful research of historical singing and playing styles, we see folk music as something that lives strongly in the present. It doesn’t belong in museums; we live with it every single day. SibA Folk Big Band is a part of a 10,000-year continuum, and the only way to continue is to keep creating new folk music. The end result is something unprecedented, powerful and contagious it glows with pride for our own musical traditions! Sometimes more is more! 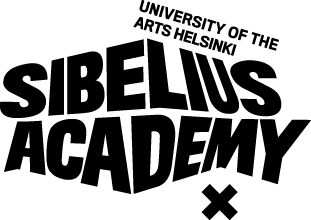